Conductors for Change Programme Manager, Orchestras for All (November 2016 – August 2018)

Conducting for Educators, with Alice Farnham
Morley College, May 2016 (2 days)

Emma is a freelance music leader and performer based in the South West. She has had a wealth of professional experience within the Arts and Education sectors over the past 20 years, as a musician, teacher and arts project manager.

Emma was born in North Wales, but moved to Exmouth in Devon as a child where she spent all her time learning to play as many instruments as she could, with violin top of the list. Emma joined the Exeter Childrens’ Orchestra at the age of 5,  played in the Devon County Youth Orchestra and went on to earn her first  money as a violinist in orchestral concerts in Exeter Cathedral. Emma took 2 music A levels at Exeter College, leading the Exeter College Orchestra and playing in the Exeter College Big Band, and then a Music degree in Cardiff at the Welsh College of Music Drama.  Emma took a Masters in Performance Practice of Contemporary (Classical) Music at Dartington College of Arts.

Emma then spent 12 years living in Cardiff, working for contemporary opera company, Music Theatre Wales as as a producer in the Max department of Welsh National Opera. She moved back to Devon as Education Projects Manager for Dartington Arts where she directed the Dartington Summer Youth Programme. In Totnes, she became a classroom music teacher at KEVICC – moving then to Hertfordshire to take up a post as a Head of Performing Arts at Leventhorpe (Secondary Academy).

Emma started her freelance career in 2016  and quickly developed a portfolio of work which focused on orchestral music;  conducting, performing and leading orchestral music activities with young people in Hertfordshire and London. She has worked as a music leader with the Nucleo Project, an ‘El Sistema’ project in North West London, as a conductor, arranger, CPD leader and programme manager with Orchestras for All, violin tutor with the Triborough Youth Orchestra, conductor of the Bishop’s Stortford Youth Orchestra and String Ensembles run by Hertfordshire Music Service. She has also recently taught violin in the Hockerill Ango-European School and Leventhorpe.

Emma has wide ranging performance experience on the violin. She has performed with numerous orchestras across the UK , and has performed in UK, France, Germany and the US with 2 folk ensembles. She has performed contemporary classical music by Thomas Ades, Peter Sculthorpe and David Bedford, as well as being jazz violinist in Ahoy! By Alexander L’Estrange and Jazz Psalms by Scott Stroman. Emma is equally confident learning music by ear and improvising with a group, and has a number of fiddle tunes from the UK, Eastern Europe, Scandinavia and Tunisia in her head, ready to play at a moment’s notice!

Emma has taught music in the formal education sector, as a classroom teacher, Head of Music and Head of Performing Arts Faculty. She is an energetic and creative music teacher, leading students in highly engaging activity with music participation, putting instruments into the hands of students, at the very core of her work. She has led a huge number of projects and concerts within schools, enriching the experience of her students by engaging some of the very highest regarded music educators working in the UK.

Emma is an accredited Music Subject Mentor (University of Hertfordshire) and has led music trainee teachers through their training to gain Qualified Teacher Status. She is an Arts Award Advisor (Bronze and Silver) and has led dozens of young people through their Arts Award Bronze certificate.

Emma is an experienced arts project manager with a focus on community and education creative and performance projects. As a producer for Welsh National Opera and a Project Manager for Dartington Arts she has managed artistic teams in the development and delivery of a number of large scale projects managing creative collaborations with professional artists and community groups.

A three-week intensive programme of collaborative courses in music and arts for young people aged 6-20. 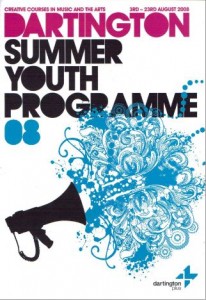 This programme included courses in classical, folk, jazz and musical theatre ensemble music courses with leaders including Joe Broughton and the Urban Folk Quartet, Stephen Deazley, 6PAC Jazz and musicians from the South West Camerata, as well as courses in music technology, photography and filmmaking.  DSYP ran alongside Dartington International Summer School, culminating  in events that were part of the DISS performance programme. Folk ensemble course FolkWorld was founded at the Dartington Summer Youth Programme and is now in its eighth year.

Newly-commissioned opera performed by singer actors and musicians of Welsh National Opera. Tour of seventeen theatres and schools across England and Wales.  Management of the commission, creation and UK tour of a chamber opera by Will Todd.

A series of week long workshops over 2005-2007 with professional composers, poets and musicians working with groups of young people from communities in the South Wales valleys in the creation of brand new collaborative song cycles in response to the main stage repertoire of WNO. The new works were performed on the Glanfa stage in the Wales Millennium Centre.

A new opera composed by John O’Hara after a programme of creative workshops in primary schools across the South Wales valleys, based on Mozart’s Magic Flute. Drawing together fresh ideas in music, words and design, the professional artists created a new opera which was the performed by a chorus of over 100 primary students, alongside professional soloists from WNO and an orchestra of local young musicians and WNO orchestra players. 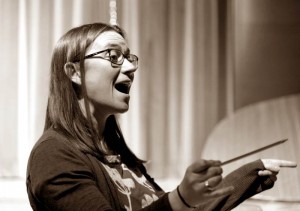